SEEING IS BELIEVING… ALL SCREENS ARE NOT CREATED EQUAL!

YOU MUST SEE IT TO BELIEVE IT... ALL SCREENS ARE NOT CREATED EQUAL! 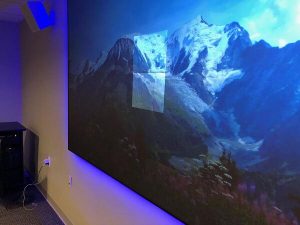 When it comes to ambient light rejecting screens, not all screens are created equal. Especially off-axis. Audience viewing across a standard +/- 45-degree angle really shows the difference.

At 45 degrees off-axis, dnp 08-85 supernova screens still have 70% of the image brightness! On the other hand, MOST of the competition screens drop off to as low as 16%.

So not only is the black level better, AND the contrast better, the uniformity for viewers across the room is also much better.

dnp: THE LOWEST ALR VALUE IN THE WORLD!

So when other screen companies play games with the R in ALR being Redirecting, get the performance of REJECTING the ambient light. True ALR technology.

AV Designers Why Your Tool Box Should Include Optical Screens
THE PIXEL AND ITS PARTS
How Far? What Resolution? What Density of Pixel?
Double the Power, Double the Contrast
Contact